Despite the SharePoint Conference being just around the corner, Microsoft has not slowed down the release of new features into Office 365 this month. Here’s our take on what’s new.

Since the acquisition of Yammer, and now with the introduction of the modern SharePoint news service and Communications sites, the existing SharePoint Newsfeed feature has become superseded in just about every way. Microsoft has now signalled its intention to push tenants towards these new approaches by making the company-wide newsfeed read-only as of June 2018 and preventing any new tenants from deploying this feature. It’s worth noting that this change applies only to the company feed and that team sites will continue to support the newsfeed feature for the foreseeable future at least, however, we would recommend starting to shift wherever possible over to the new modern news features.

Updates to the SharePoint News feature

Somewhat timely given the story above, Microsoft also announced a slew of updates to the modern news capabilities in SharePoint Online. First off, the process of creating a news post has been made simpler by providing a starting point in the SharePoint home screen. Whereas before it was necessary to first navigate to the site where the news should be created, there is now a Create news post link on the SharePoint home screen that provides a single launch point for authoring news across all frequently visited (and followed) sites thus streamlining the entire process. 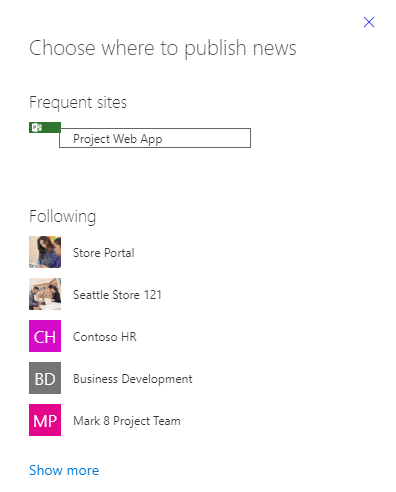 Once authored, it is important to track how the news article is being received. At the bottom of every news article, there are now metrics that show the number of views, likes and comments along with the ability to drill into the list of people who have liked the post and the comments that have been left. 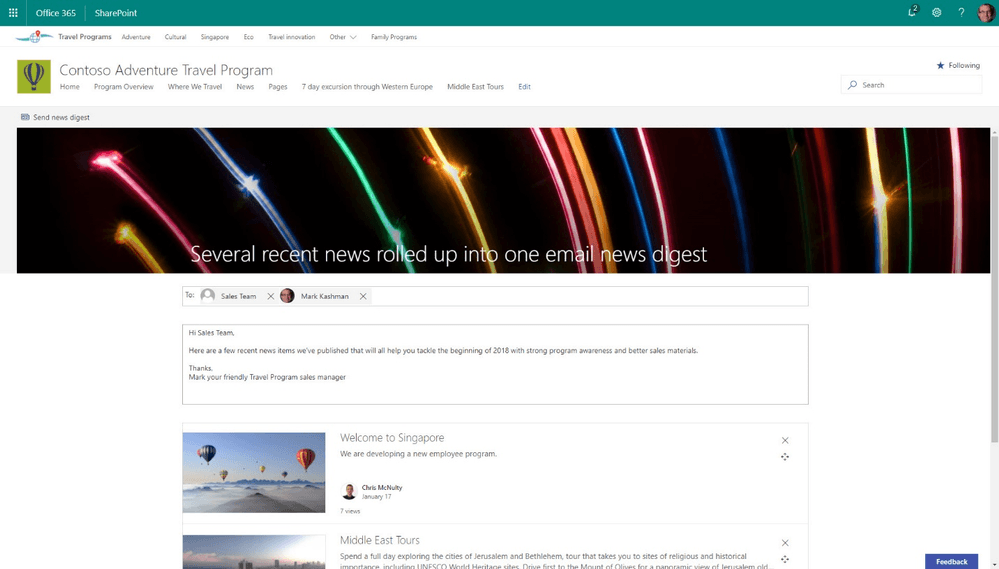 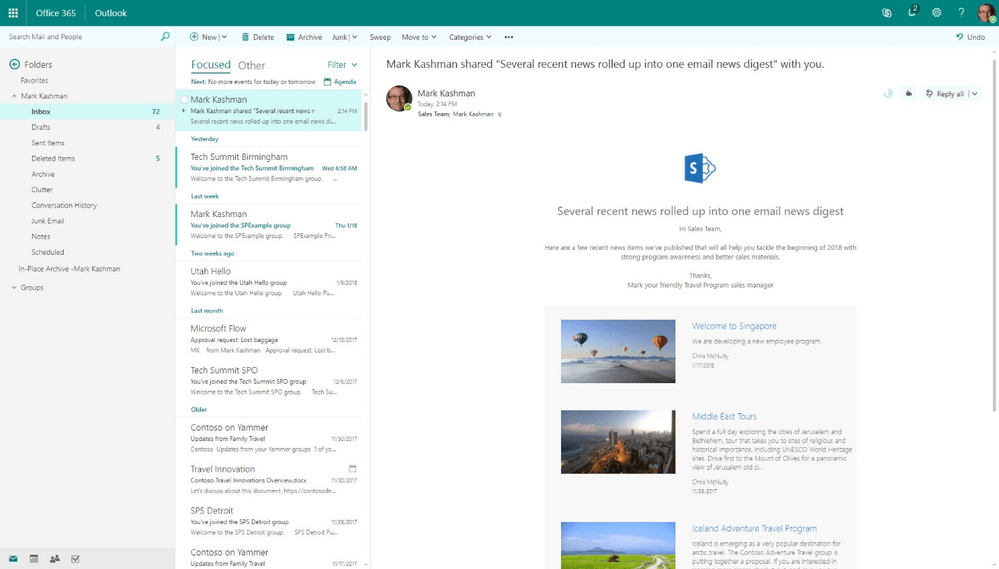 Put into context, today a tenant with 100 users will see their storage allocation rise from 1.05TB to 2TB before the end of August 2018. This is obviously great news for everyone and is no doubt being driven through the uptake of SharePoint that we are witnessing by organisations centralising their document management and collaboration experiences in Office 365 and particularly Microsoft Teams (which if you didn’t already know, uses SharePoint as the content service for document storage).

Whilst on the subject of storage capacity, it should be noted that this is not an upper limit. Additional storage can be purchased on top of the default allocation on a per-gigabyte per month basis.

In April, Microsoft announced new features for Stream, many of which help make it increasingly enterprise-ready. Administration controls have been improved to create better separation between those that can create channels and those that upload video content. Company and group admins now can “spotlight” videos to make them more prominent to users.

Where Stream begins to elevate itself is around the use of AI. Videos uploaded to Stream are processed by AI to generate both transcripts of the dialog but also to create timelines of when different people (i.e. faces) are talking. These transcripts and timelines can also be edited by video editors to correct any mistakes and highlight key speakers.

Microsoft also announced that online meetings held in Microsoft Teams will soon support the recordings of those meetings (audio & video) for consumption via Stream. In addition, Microsoft Stream will generate a speech-to-text transcript of the recording and provide the ability to search for specific words used in the meeting and allow direct access to that section of the conversation.

In our February round-up, we highlighted recent features added to Planner including additional views and grouping & filtering options. Now Planner has been updated with the additional capability to add a Planner plan to Outlook and view the assigned tasks in the Outlook calendar. 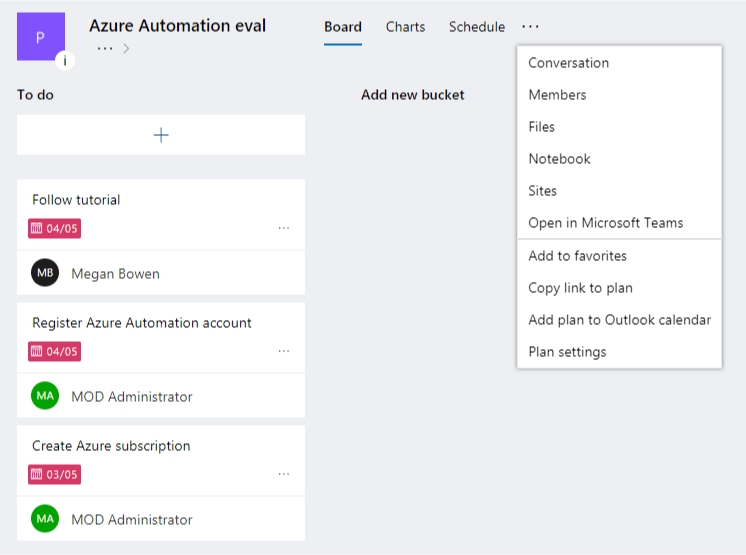 The feature is based on creating an iCalendar feed for the plan and is similar to creating a sharing link for a document. It is worth noting that the URL for the iCalendar feed is public and could be used by anyone who has it, however, like a document share URL the links are not easily guessable and contain a form of encoding. 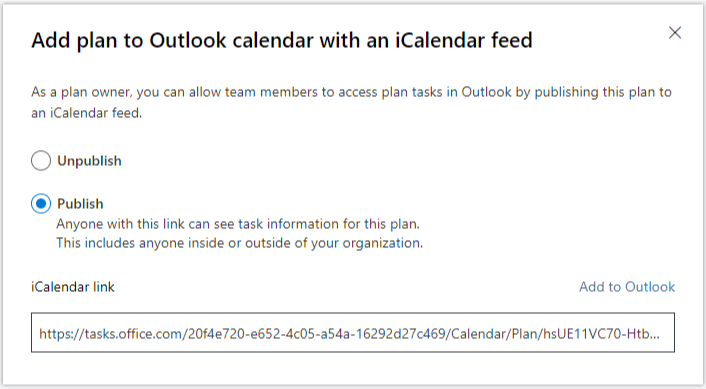 Once added to Outlook, the Planner tasks are shown in the Calendar view, supporting all the usual features such as overlaying with other calendars, but with a Planner specific hover card that provides links back to the task in Planner.

As Microsoft’s “hub for teamwork”, Microsoft Teams continues to evolve at a rapid pace and several new additions have been made to the product recently.

As planning is a cornerstone of team management, the Microsoft Teams client was recently updated to expose more of the functionality of Planner directly in the Planner tab for teams. The Schedule view along with the Charts view as well as the grouping & filtering options, which we highlighted in our February round-up, can all now be used from within the Teams client meaning less navigating away to make updates to plans. 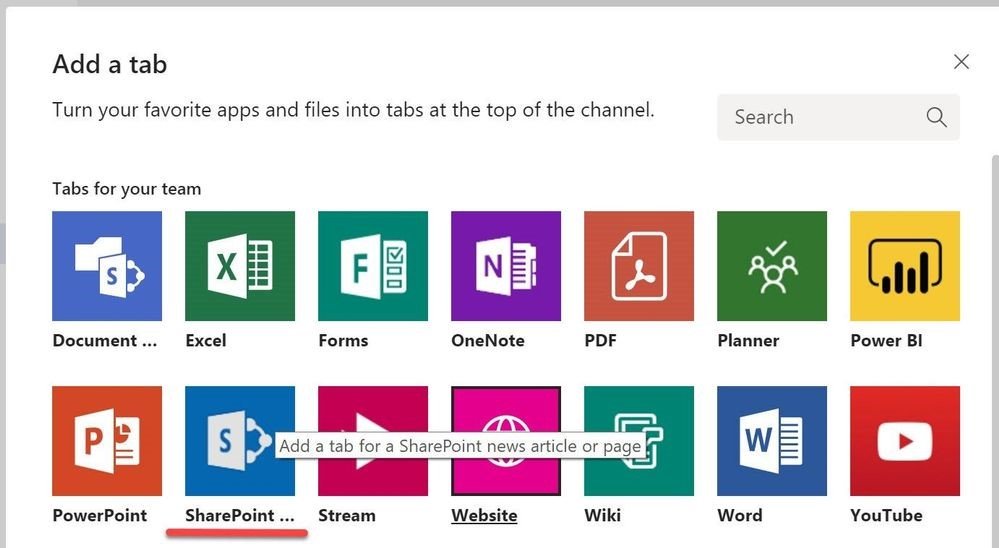 When a SharePoint page is added as a tab in Teams, the extraneous aspects of the page (Office 365 toolbar, side navigation etc.) are removed, making the page appear far more natural in the Teams client. 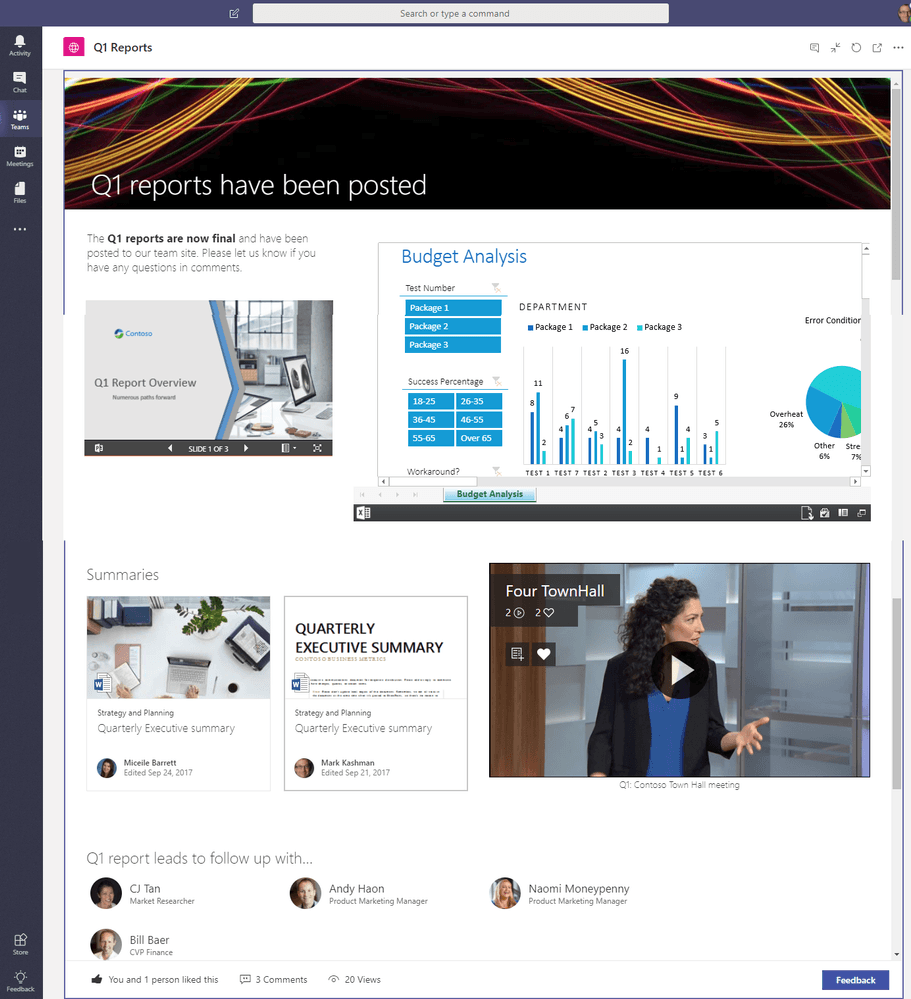 Additionally, it is now possible to configure all news from a SharePoint site to be posted to a channel in Teams using the SharePoint News connector. By adding this connector to a channel in Teams, when a News article is published in SharePoint then a new message is posted in the channel conversation showing the title, summary and link to the News article. We think this is a great addition to Teams that again helps to keep the user working in context within the Teams client and brings more relevant signals to the user rather than relying on them to check for updates elsewhere.

Microsoft has made further tweaks to the default behaviour of Office 365 Groups this month.

Previously, the default setting for newly created Office 365 Groups was to make them public by default.  Having received feedback from the community that users often didn’t understand the security implications of public groups (i.e. that everyone in the organisation can find and view the content), Microsoft has now implemented a change that means that groups created in Outlook or SharePoint are now private by default and require the owners to explicitly make them public.

Group members now receive all group email in their inboxes

Finally, a further behaviour change was made to Office 365 Groups recently. Previously, when an Office 365 Group was created the default setting was to not send messages to the inboxes of group members. Based on feedback, Microsoft has reversed this behaviour but still provides the means for users and group owners to change the setting as needed.

PowerApps and Flow for Office 365

There were a few notable announcements around PowerApps and Flow recently.

Firstly, the Microsoft Flow based “Request sign-off” approval flow was recently introduced to SharePoint Online allowing users to manually trigger approval processes on documents and list items. This capability was first revealed at the Ignite conference back in September 2017 and is now being rolled out worldwide. We have not had a great opportunity to review the flow in detail but here are our initial thoughts.

Overall the user experience is pleasing and in some circumstances the flow may be all that a team needs to run simple approval processes on documents, however, we are concerned that it may introduce confusion in SharePoint document libraries that enforce strict approval processes by essentially providing 2 options for document approval. In such circumstances, educating users as to the overlap and how to avoid mistakes is clearly of importance.

Microsoft introduced the preview of a new Web Part for SharePoint Online that allows a PowerApp to be hosted within a SharePoint page. When viewed by a user, the web part automatically signs the user into PowerApps (so there is no ugly authentication box) and scales to fit the dimensions of the SharePoint page and even works in the SharePoint mobile app.

We are seeing an increase in the number of PowerApps solutions we are building for clients and so providing a means to directly embed a PowerApp in a SharePoint site offers some existing options for providing a great user experience. The web part is currently in preview and available to Targeted Release tenants.

As Yammer becomes more tightly integrated with Office 365 and other Office 365 services gain additional features that were once the domain of Yammer, then there comes a need to reduce the overlap of functionality. Microsoft announced recently that several legacy features of Yammer were being removed as of May 2018 with more modern alternatives available elsewhere in Office 365:

While it is often recognised that Office 365 is an evergreen service that allows updates and new features to be added to the services such as SharePoint, Yammer, Teams etc., it is often forgotten that Office 365 ProPlus (the version of Office 2016 that is available in certain Office 365 licenses) is similarly updated on a regular basis for Windows, Mac and mobile devices.

There have been several updates that have been released to Office 365 ProPlus for Windows recently.  Some of the most notable feature updates are:

Office 365 ProPlus for Mac has also been updated recently bringing some welcome new features such as:

The push to deliver Microsoft experiences on mobile devices continues with frequent updates to all apps on both iOS and Android.  There have been a few updates recently that are worthy of inclusion: