Fittingly, as February is the shortest month of the year, there are relatively few news stories to report especially in comparison to last month’s bumper crop of announcements.  Don’t be disappointed however because some of them have major significance.  Right, let’s dive in.

As mentioned in last month’s post, Microsoft started rolling out the new SharePoint Admin Center in preview to tenants on the Targeted Release ring and reached 100% roll-out in mid-February.  Naturally, we have been very keen to see what the new experience has to offer so we’ve spent some time exploring it.  We’ve prepared a quick lap around the new SharePoint Admin Center preview post that dives into a little more detail but suffice to say that our summary is that the emphasis should, at this time, be placed on the word “preview”.  There is certainly a lot to like about new Admin center and it certainly bodes well for the future, but it is ultimately deficient in so many areas that its usefulness at this time is limited.

OneDrive for Business goes on the offensive

In an attempt to address the competitive landscape for cloud-based document storage, Microsoft launched an initiative this month targeting Box, Dropbox and Google customers with more than 500 users by offering OneDrive for Business for free for the remaining duration of their existing contracts, up to a limit of 3 years.  Microsoft are keen for organisations, presumably those with existing on-premises IT that have only taken tentative steps towards cloud computing, using rival cloud-based document platforms to experience the unique offerings of OneDrive such as real-time co-authoring across the range of PC, Mac, mobile & web and intelligent and personalised search with the Microsoft Graph coupled with more standard features such as document versioning and synchronisation of files using the OneDrive app.  The offer is available now until 30th June 2018.

Planner is Microsoft’s team task management solution for Office 365 and it received some welcome new features this month. Four major enhancements were released.

Previously, plan items were shown either in the Kanban-style “Board” view or via a “Charts” page.  The schedule view now introduces a familiar calendar style visualisation of a plan that makes it much easier to see what’s happening and when tasks are due for completion.  The interface is interactive too and borrows many concepts from similar calendaring tools such as Outlook Calendar meaning tasks can be moved by drag & drop as well as stretched to change the duration/due date.  Both Week and Month views are available. 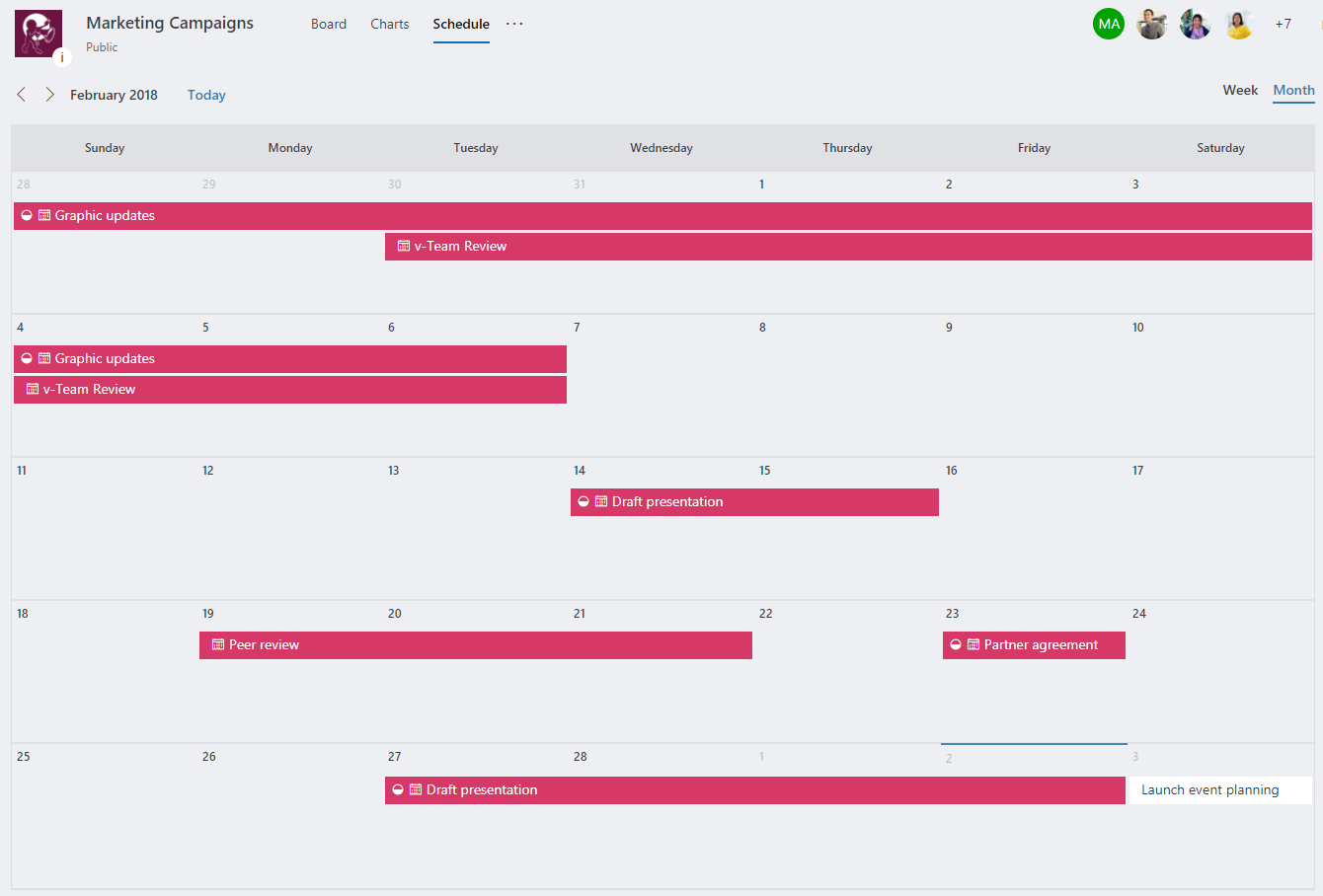 Although available in all views but most useful in the “Board” view, Planner now has the ability to more easily group and filter tasks.  There are 4 main filter options: keyword, due date, label and assignment.  These allow for quite complex querying of tasks.

For example, here a filter has been applied to show tasks with the word “review” in the title that are assigned to 3 named people. 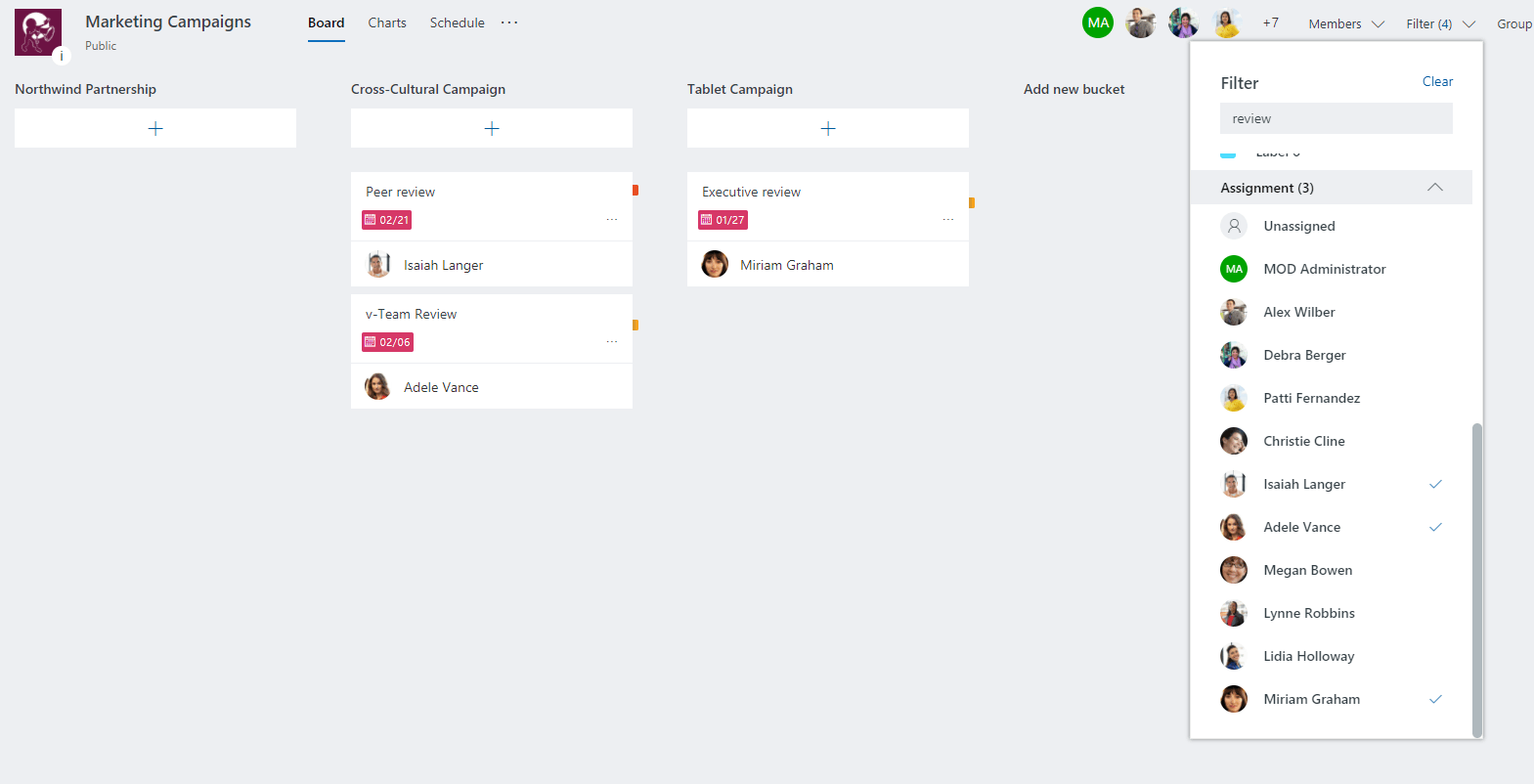 Additionally, more options have been added to the Group by drop-down menu.  Tasks can now also be grouped by bucket, assigned to, progress, due date and labels.  Grouping and filtering can be used together to change the visualisation of the filtered tasks. 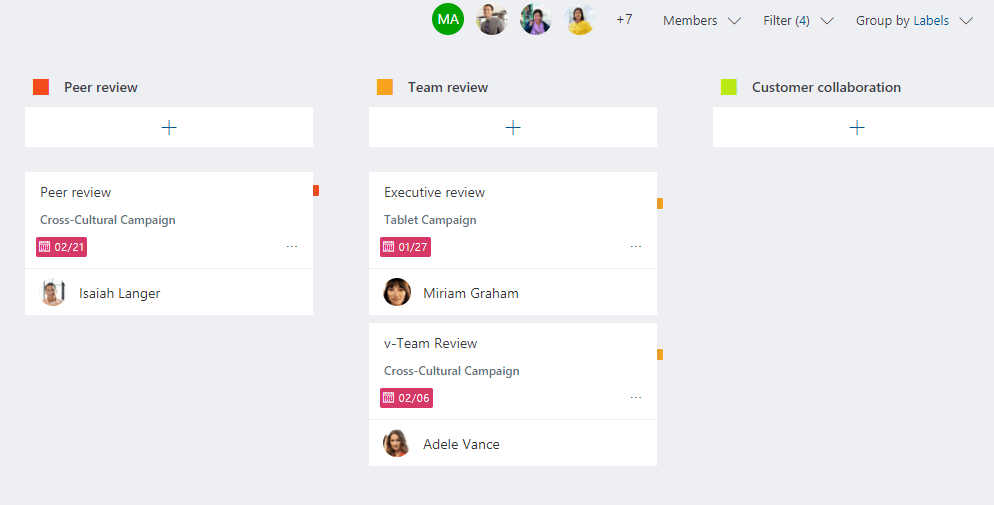 Filtered and sorted view in Planner

Following the enhancements to existing page and image editing web parts last month, Microsoft introduced some new modern web parts to SharePoint Online this month, all with the intention of bringing data outside of SharePoint into modern and classic pages.

The Planner web part allows task information from Planner to be shown on SharePoint pages.  There is the choice of showing either the Board or Chart view.

The Board layout is particularly useful as it allows new tasks to be added and existing items to be updated.

The Twitter web part provides a simple mechanism to embed information from Twitter.  The web part can be configured to show tweets from a single Twitter user, a specific tweet or collection as well was a pre-configured search. 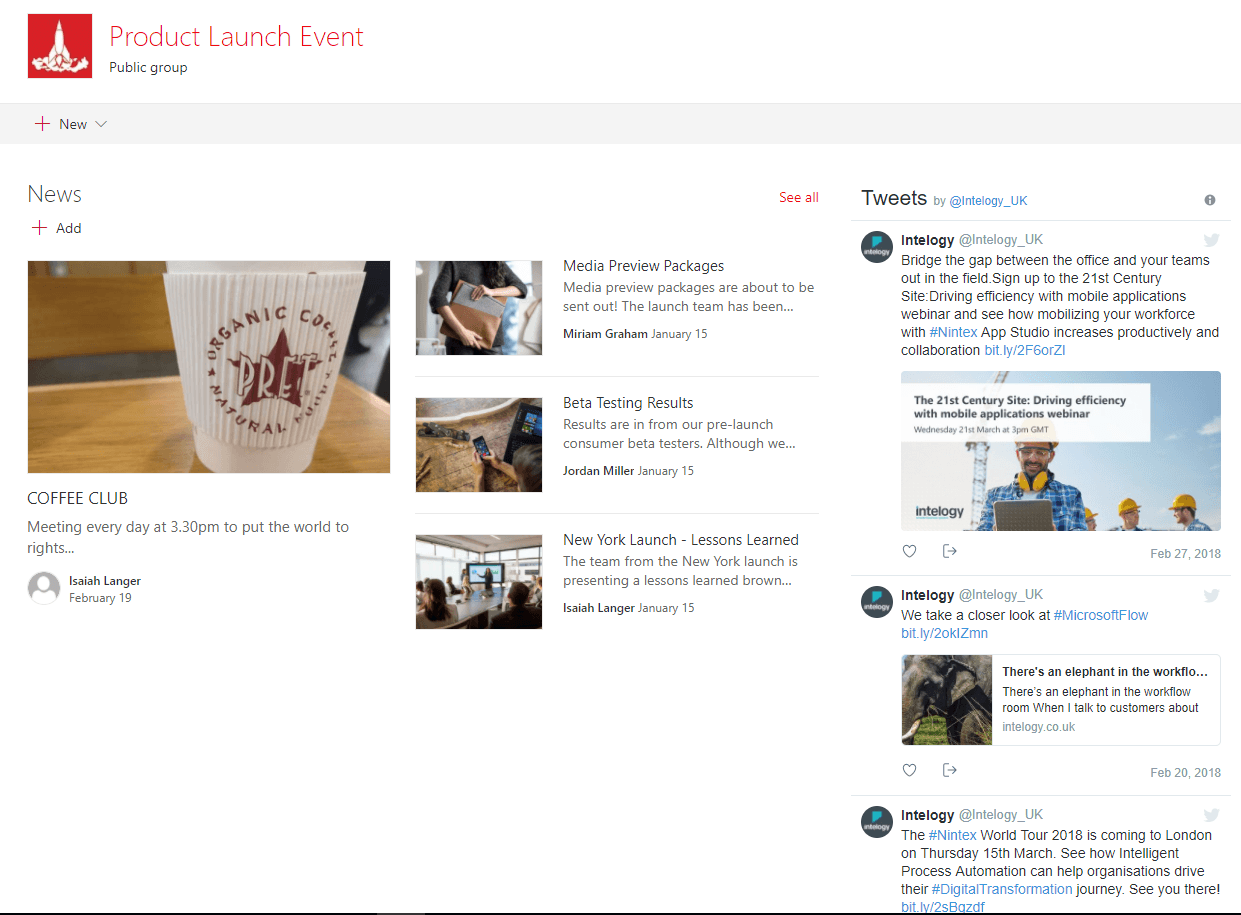 Building on the existing function of Office 365 Groups and restricted to the SharePoint site associated with an Office 365 Group, the Office 365 Connectors web part allows content to be embedded from external services such as Google Analytics, Salesforce and Bitbucket, with others to follow shortly.

Finally, of the new web parts, the Kindle Instant Preview allows a book available on Kindle to be promoted on a SharePoint site including the ability to preview or buy. 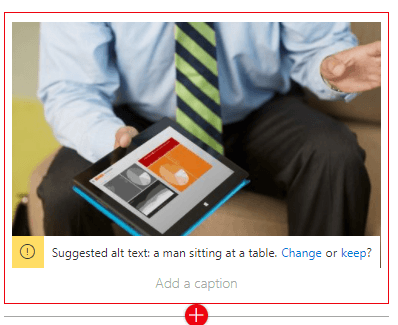 All these new and updated web parts should now be rolled out to all Office 365 tenants.

The SharePoint Framework, Microsoft latest extensibility framework for SharePoint, celebrated its 1st anniversary this month.  In its first year, the SharePoint Framework (SPFx) has delivered an astonishing number of features and enhancements that demonstrate Microsoft’s commitment to this development platform.  SPFx is undoubtedly here to stay and should now be evaluated first as the preferred customisation option particularly for SharePoint Online but increasingly for SharePoint on-premises.   Ultimately, as a standards-based development framework (meaning that the underlying technologies are recognised across the industry) SPFx is designed to make it easy and safe to extend the SharePoint experience whilst still preserving the hygiene of the SharePoint platform.

Not content with a major update to the Teams client last month, Microsoft has added some major new features to Microsoft Teams this month, including one of the most requested features on the Microsoft Teams customer feedback site.  The following new functionality has been introduced:

Ordinarily, this would have been a satisfying number of feature enhancements for one month, however, the best was saved for last and addressed one of the most requested features in the Teams community.  Right at the end of February, Microsoft announced that they were expanding the scope of external guests in Microsoft Teams.  Previously, the requirements for external guests in Microsoft Teams had set a high-bar in terms of requiring guests to have existing Azure AD identities which was different from how other forms of external sharing was supported across Office 365 and limited its applicability to many customers.  Now external guests can be added using just a business or consumer email account (e.g. outlook.com, gmail.com etc.) and gain the same external sharing features that were previously available only to Azure AD guests as well as being able to be managed and monitored via the enterprise-grade security of Office 365 and Azure AD, including options such as conditional access policies, multi-factor authentication and activity reports.  This is a major advancement for Microsoft Teams and will no doubt enhance its suitability for cross-organisation collaboration.  This feature is expected to be rolled out in March 2018.

Time again to gaze into the Office 365 crystal ball and discuss what we know is coming soon.

During the bi-weekly Office PnP webcast, the SharePoint Engineering Team revealed that PowerShell support for creating and managing Hub Sites was being added to the SharePoint Online Management Shell ahead of the release of the Hub Sites functionality to Targeted Release tenants in early March.  Hub sites were announced at the Ignite conference last year and provide a simple mechanism for SharePoint sites to be grouped together such that they then share common navigation, theming and search functionality.  Hub Sites represent a significant step towards creating modern intranet on SharePoint that can easily and quickly reflect changes in the organisational structure.  We are very excited about Hub Sites and will be keen to report back our findings as soon as possible.