With May being the month of the SharePoint Conference and thus the opportunity for Microsoft to disclose what is planned for SharePoint and OneDrive between now and the end of the year (or more likely, the Ignite conference in September), there haven’t been quite as many new announcements this month. As we have already given our thoughts on the major SharePoint Conference announcements, this roundup focuses on some of the other news stories that may have otherwise been missed.

The task management feature for Office 365 has received yet more enhancements recently, here is a summary of some the improvements that caught our eye.

While guest access has been supported in many Office 365 workloads for some time, until now guests have not been able to access the team’s task management information. Guests in Planner receive only a subset of permissions compared to standard users (e.g. guests cannot add new guests, change plan membership or create new plans) which enable them to participate safely within the confines of the team of which they are a member.

Until recently, when a comment was made to a task in Planner an email was subsequently sent to both the shared group mailbox as well as to the personal inboxes of all the people following the group. In a small but welcome change, as a result of user feedback, these notifications will now only be sent to the group mailbox. 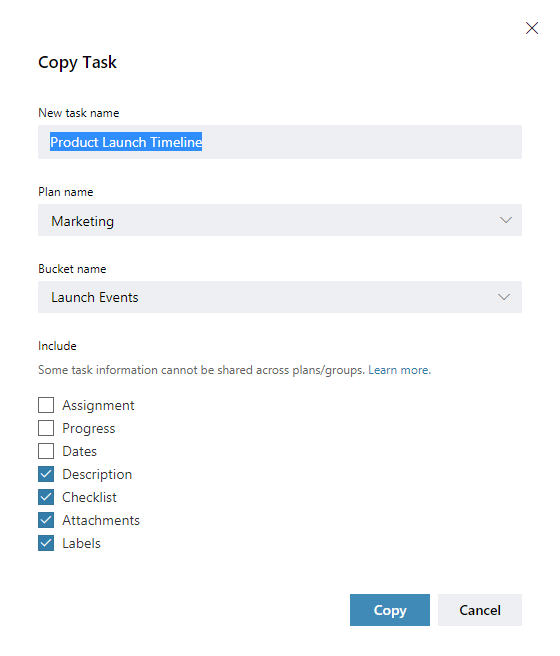 Overall, this is a nice productivity feature, especially where a plan may have a recurring task that needs to be created individually each time.

It is now possible to create additional Planner plans directly from within SharePoint via an option in the New menu. 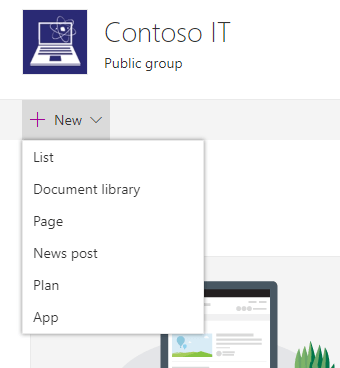 Selecting this option allows for either creating a new plan or selecting an existing plan as well as the ability to add the plan to SharePoint navigation. 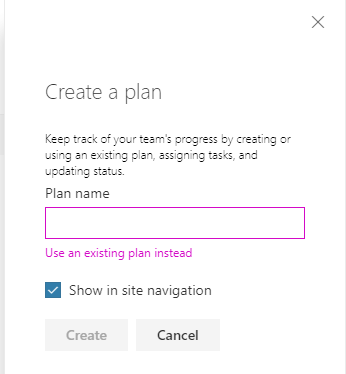 Once created, the plan is then shown as a full-page app rather than the smaller Planner web part. 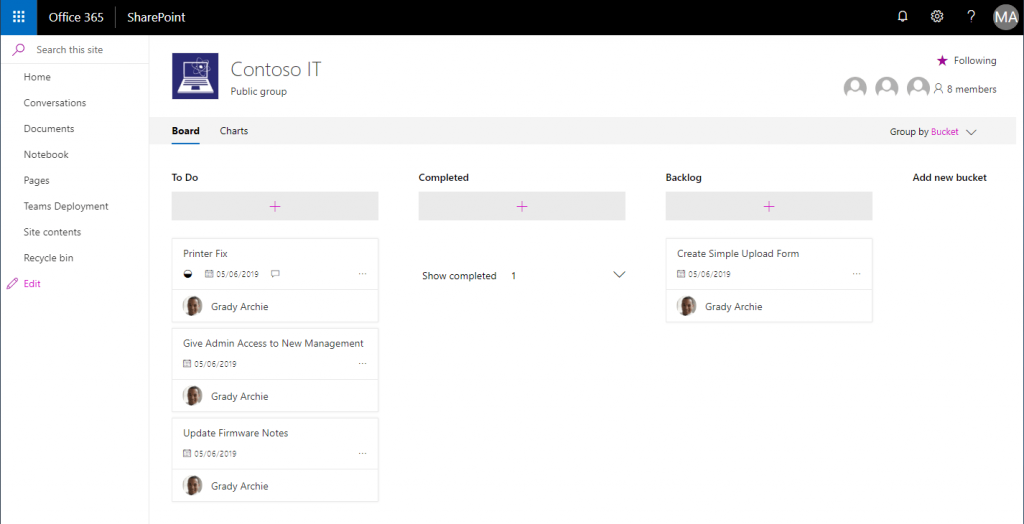 Many of the features from the Planner app are included, making the experience highly functional, however, some features such as the Schedule view and task sorting & filtering are not currently included.

There were several SharePoint administration related announcements this month.

For some time now, Microsoft has been promising the ability to bring the modern Office 365 group capability to existing team sites; a process that has been affectionately referred to as “groupifying”.

To date, the challenge has been that when a new Office 365 group is created, then the associated provisioning activity resulted in the creation of a new SharePoint site for that new group. For many organisations this created an issue when attempting to bring Office 365 group capabilities (i.e. shared mailbox, planner etc.) to existing teams that already had SharePoint sites as it meant either the old site needed to be migrated or it introduced additional complexity/confusion by running multiple SharePoint sites for the same team. Or in some cases, the team was told they couldn’t have an Office 365 group!

Changes to default versioning settings in SharePoint and OneDrive

Microsoft announced a change to all Office 365 tenants to enforce the use of versioning in both SharePoint team (modern and classic) sites and personal OneDrive for Business libraries. Not only will versioning be enforced without the ability to disable it, but a minimum retention of 100 major versions of every document will be applied. In cases where libraries already have versioning enabled and retain more than one hundred major versions, then no changes will be applied. Microsoft claim that most tenants will not notice a significant increase in storage requirements resulting from this change. It should be noted that back in March 2015, Microsoft changed the default behaviour of newly created document libraries that enabled versioning and set a retention of 500 major versions. Coupled with the increase of SharePoint storage that we highlighted in April, then it is indeed likely the impact of this change will be minimal but the benefit of knowing that versioning is always enabled will be hugely valuable.

Administrators have been able to set which sharing options are permitted at both the tenant and site collection level. Depending on the settings applied, it may remove some sharing options (e.g. anonymous links) entirely, however, there are scenarios where an organisation may want to offer all sharing options but prefer the default option shown to users to vary according to the context. Now SharePoint administrators can apply sharing options in a more granular way via the SharePoint Admin Center and PowerShell and thus better meet business needs whilst adhering to organisational security rules where appropriate.

A small but neat integration coming to PowerPoint will allow a presenter to record a presentation and then publish directly to Stream. That video will then gain the additional benefit of being processed by Stream’s AI to produce indexed transcripts of the video/audio making discovery of spoken content much easier via search. 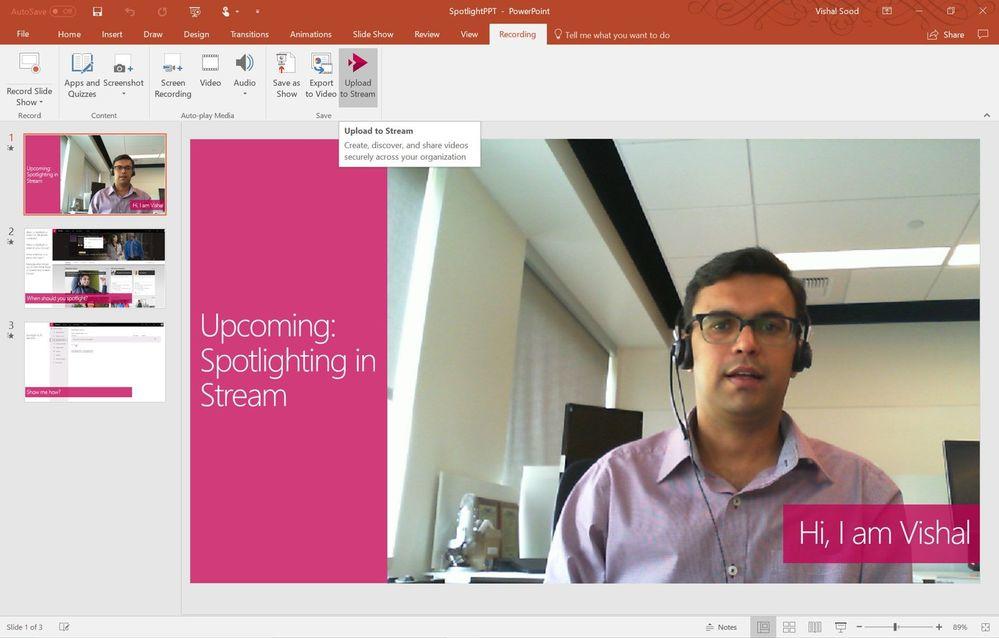 Finally, this month was also significant as it brought about the introduction of GDPR and countless opt-in emails in our inboxes. We have written a couple of blogs in the past about GDPR and I thought it might be useful to link to them here. As we completed our preparation for GDPR, we put together a GDPR-in-a-nutshell summary and prior to that we took a closer look at the tools Microsoft provide within Microsoft 365 to help organisations manage their compliance with the regulation.

Looking ahead, we are keen to see some of the more immediate announcements from the SharePoint Conference start to be released to First Release tenants. June is going to be a busy month!